Easy to use. Reliable. Affordable.

At any airport terminal, the PA system plays a pivotal role in the experience of the traveller. If the intelligibility of the PA system falls short, the discomfort to the air passenger is considerable. The passenger is then likely to stay close to his departure gate instead of exploring the retail facilities at the airport. This means that there is a commercial interest associated with the quality of PA systems - not to mention the costs associated with a system that is ineffective in paging passengers that are already late. 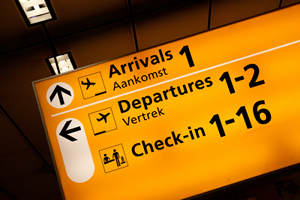 The Bedrock DSP500 series is an effective addition to the arsenal of the designer of PA systems for airport terminals. It combines many features needed for this application, such as a  Cobranet interface for digital signal distribution and multi-channel delay lines, filtering, compression, EQ and mixing. To continually optimize the intelligibility of the PA system,  Bedrock Optimizer is extremely useful.

Our general conditions are found here. KvK / Chamber of Commerce The Hague nr 72892692.